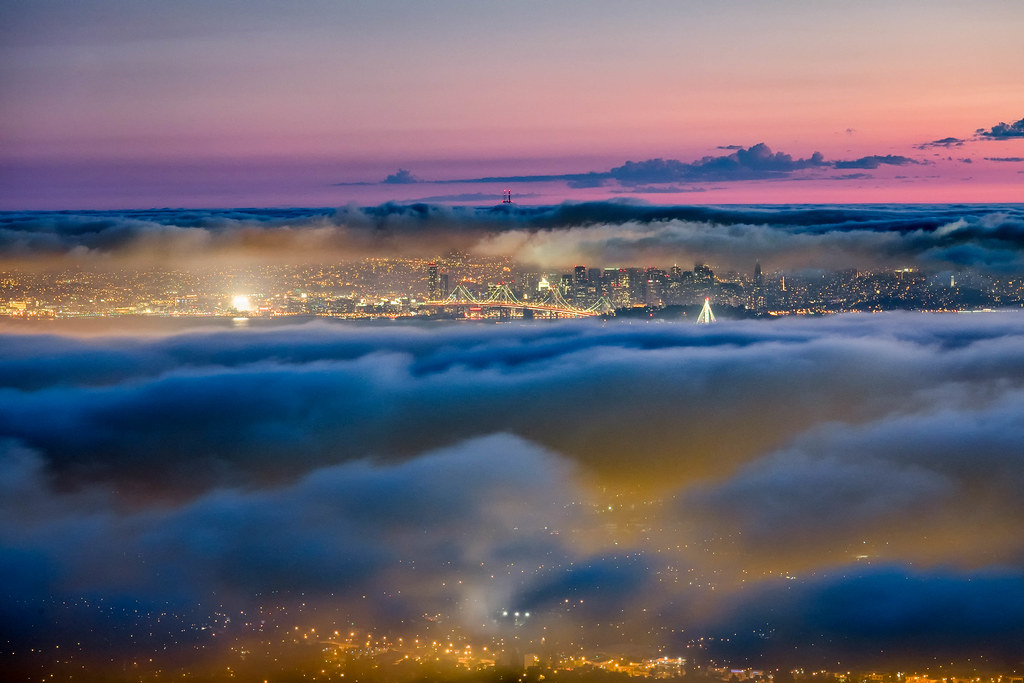 Melanie and I went out last night to watch the sunset. She watched the sunset and looked at her phone and I snapped pictures continuously. It was a truly magical fog night to be up in Berkeley Hills.

I’m going to miss the S-Curve when they tear it down. What are they going to do with all the signs telling us to slow down? Anyways, this is an iconic shot. It’s one that every Bay Area photographer has or should have, so here’s mine.

Was not a beautiful sunrise this Sunday. In fact, you couldn’t see the sun at all. But, if you’re up early enough for Blue Hour, you can still get some great photos.

I was hoping for some fog this morning, but instead what I got was just a haze that ruined the actual sunrise photos. Oh well, I’ll settle for this blue hour shot that turned out really nice.